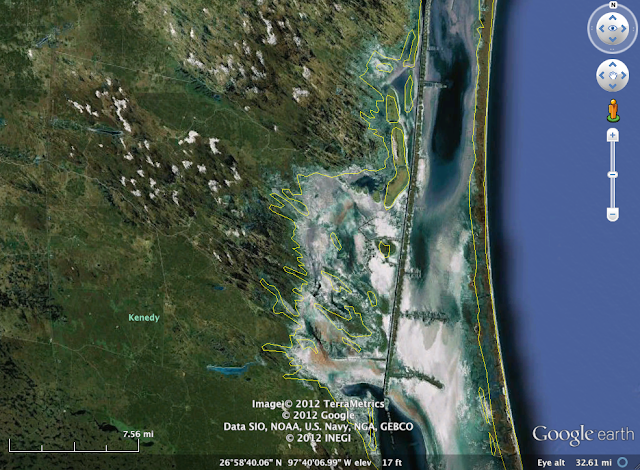 Check back in two weeks to see a before and after from 2012's most talked about hurricane.
Posted by Unknown at 12:00 AM 2 comments:
Email ThisBlogThis!Share to TwitterShare to FacebookShare to Pinterest
Labels: *Geology, Feature: Coastal Erosion, Feature: Dune, Location: Texas

If you are reading this, I am long dead.  I came from the once-planet-now-atom-dust that was known as Earth.  From my secret moon base, I was able to capture Earth's final moments.  This outgoing blog transmission is my legacy.  To all who inhabit this universe, I send this message:

Do not under any circumstances ask a Mayan deity what he would do for a Klondike Bar!

You can find it yourself on Google Earth using these coords:   Sorry, coordinates no longer functional