Due to a combination of recent hot and dry conditions in the Great Lakes area as well as limited snowmelt during the 2011 and 2012 winters, Lake Michigan-Huron reached all-time low water levels during 2013.

As the lake level approached almost 1 meter (~3 ft) below average, Fisherman's Island off the coast of Charlevoix, Michigan (in Fisherman's Island State Park) gained a narrow connection to the mainland.  The addition of this little land bridge means the island is now technically a peninsula.

The reduction in water levels has exposed rocks and fossils all over the Northwestern Michigan coastline.  If you're a collector, get out there now!  I've found some great halysites, hexagonaria, brachiopods, gastropods, and pelecypods in nearby Traverse Bay.  DO NOT COLLECT IN STATE/NATIONAL PARKS though (you can get fined for that).

Check back in two weeks to read a book review by one of my favorite geographers!
Posted by Unknown at 12:00 AM No comments:
Email ThisBlogThis!Share to TwitterShare to FacebookShare to Pinterest
Labels: *Geology, Feature: Drought, Feature: Island, Feature: Lake, Location: Michigan

From 2001 to the end of 2004, the Millau Viaduct was built in Southern France across the Tarn River Valley.  It is currently the tallest bridge (from the base to the top of the tallest pillar) in the world at 343 meters (1125 feet).  While I lack sufficient funding to go out and see it myself, Google Earth provides an impressive look at it: 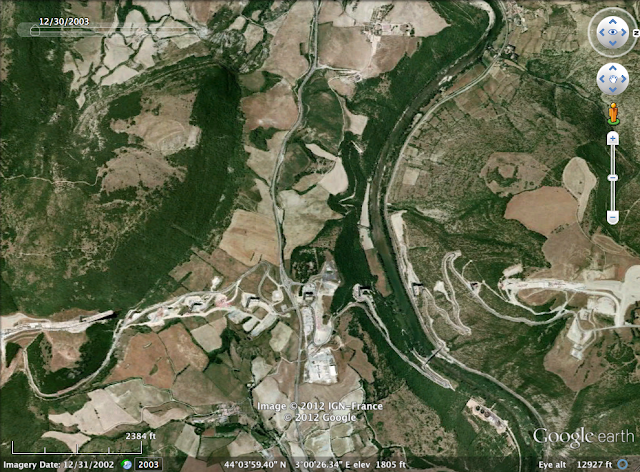 2003: Before the bridge, but the bases of the columns are in place 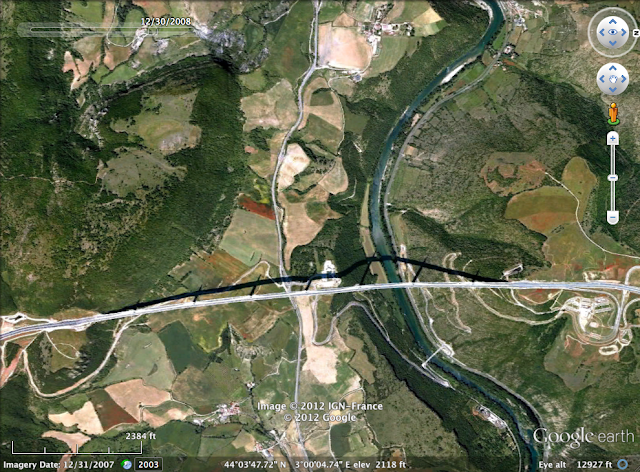 2008: The bridge casting an impressive shadow. 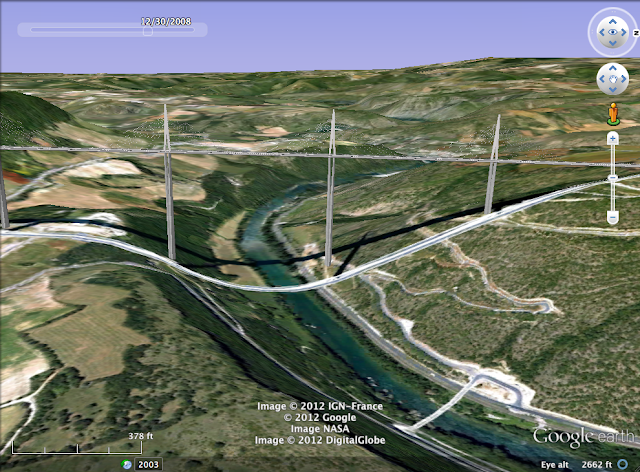 NEW!!!: I've added a map feature to my blog near the top of the page where you can use Google Maps to see a spatial view of all my blog post locations.  Nifty right?