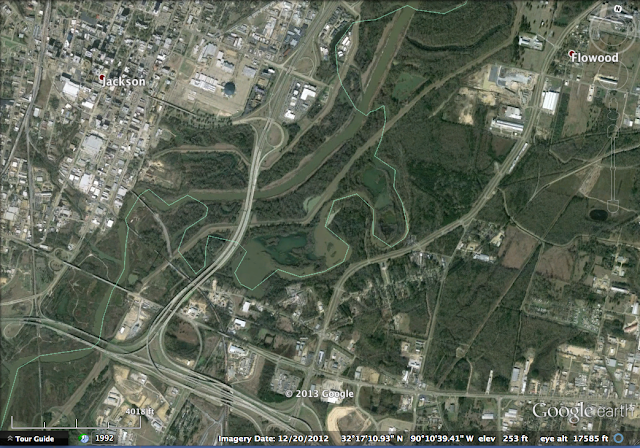 Check back in two weeks to see a large scar in Wisconsin!
Posted by Unknown at 10:00 PM No comments:
Email ThisBlogThis!Share to TwitterShare to FacebookShare to Pinterest
Labels: *Geology, Feature: Flood, Feature: River, Location: Mississippi

Unfortunately, I don't have a whole lot of information to associate with this imagery.  I was browsing Google Earth with my free time and exploring northern Iran when I came across a flood just outside of the city of Aq Qala in the Golestan province.  I tried looking up "March 2012 Golestan floods" and other related search terms but couldn't find anything in particular that detailed the extent of the flooding.  If you happen to find anything, feel free to leave a comment below.

What is most notable about this image to me is the extent of flooding in the low-lying farms south of the main river channel.  You can see how the flood waters travelled up a small tributary stream that connects to the river in the northeast portion of the image.