So, like the recently discovered Higgs Boson particle, I too had my own elusive and greatly searched for geographical breakthrough.  It begins like this:


Years ago when Google Earth first added the time-slider tool, which makes my entire blog possible, I realized that one of the best uses for this tool would be for tracking geomorphological change.  I, and others like me, had found various changes like landslides and sinkholes, but the evidence pointed to an opportunity for more undiscovered geographical features.  I theorized that the most elusive of these was the formation of an oxbow lake.  My research took me to many of the world's major rivers such as the Amazon and the Nile.  However, satellite imagery in these areas was lacking and lead to inconclusive research.  I headed to the United States where satellite imagery and aerial photographs date farther back and are regarded as some of the most complete in the world.  I checked the Mississippi and Missouri rivers, being large and powerful.  Unfortunately, these rivers are artificially repaired and protected, so data had to be thrown out.  I began searching smaller rivers left and right, but finding this elusive oxbow lake formation was going to be like finding a needle in a haystack.
But then, while focusing in a random area south of my home, I found an oxbow lake that looked promising.  I slid the time-slider backwards and behold, I had discovered the elusive oxbow lake formation!  I contacted my colleague and showed him my discovery.  He agreed, this was without a doubt the formation of an oxbow lake on the Brazos River!

For those who don't appreciate satire: That was me telling you that I found an oxbow lake in various stages of formation.  It took me a long time to find so I want you to acknowledge my hard work.  That is all. 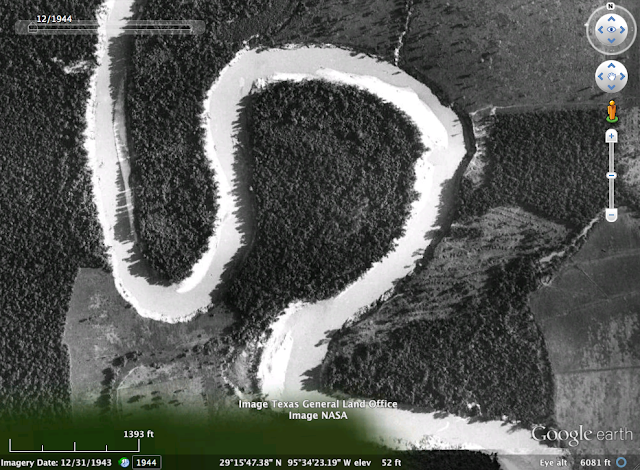 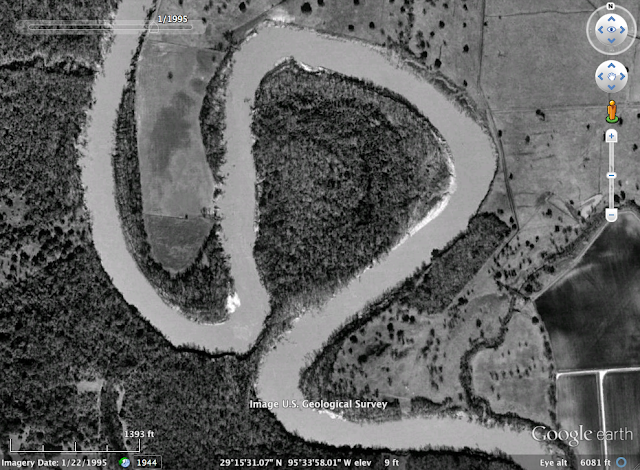 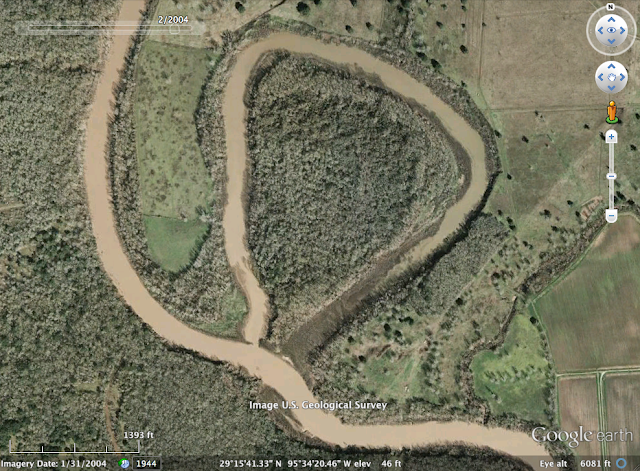 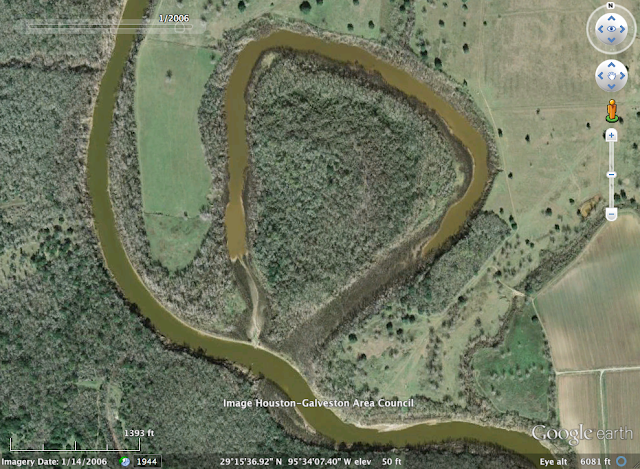 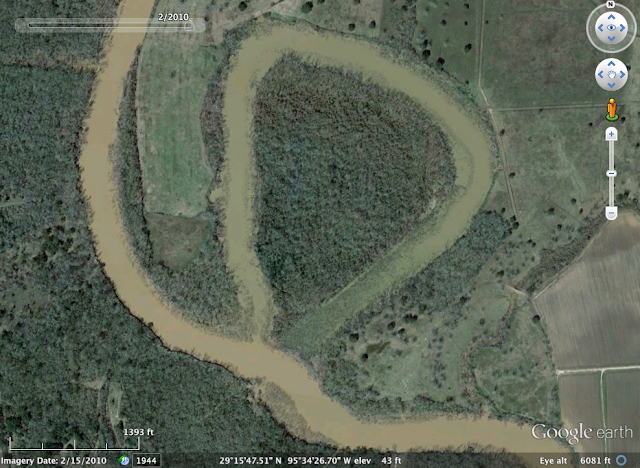 Check back next week to see my first Hawaii post!
Posted by Unknown at 1:07 AM
Email ThisBlogThis!Share to TwitterShare to FacebookShare to Pinterest
Labels: *Geology, Feature: Lake, Feature: River, Location: Texas