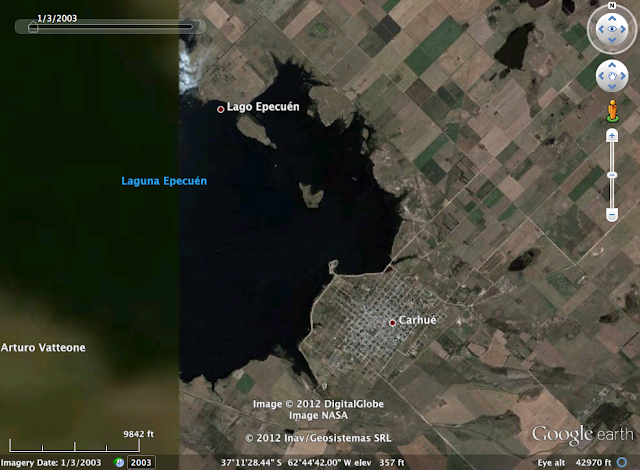 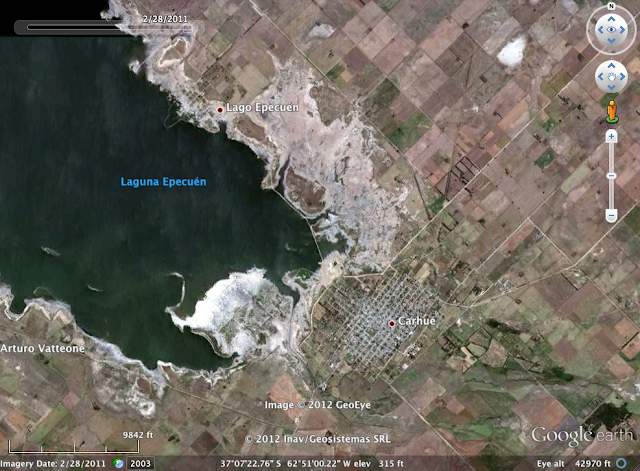 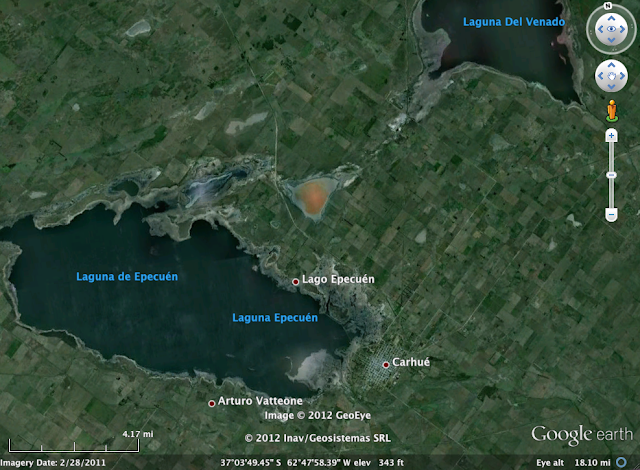 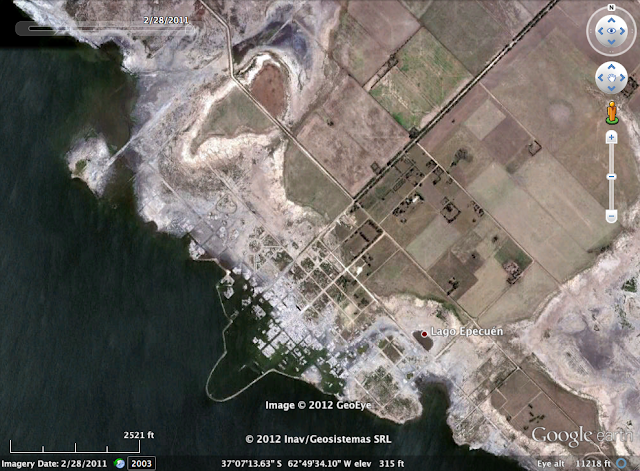 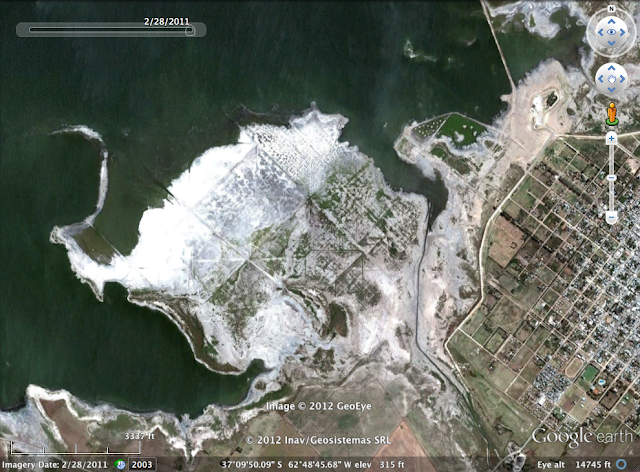 Check back next week to see something I've been trying to find on Google Earth for a very long time!
Posted by Unknown at 1:00 AM
Email ThisBlogThis!Share to TwitterShare to FacebookShare to Pinterest
Labels: *Geology, *Natural Hazard, Feature: Drought, Feature: Flood, Feature: Lake, Location: Argentina