If you’ve ever been to an Outback Steakhouse you’ve probably seen an upside-down map of the world somewhere near the entrance of the building.  Outside of Outback Steakhouse, most maps you will ever see will have north at the top, south at the bottom, east to the right, and west to the left.  If you pull up any quadrangle map from the USGS, you’ll find it oriented north.  If you open Google Earth, the North Pole will be at the top of the screen.  If a GIS student turns in a map with West at the top of the page, he probably fails his assignment.  Whether they’re official or unspoken, the rules dictate that we orient our maps north.

Until recently, if you had wanted to see a map oriented in any way other than north, you could have rotated it, but you would have ended up with something that looked like this:

With the map labels oriented north as well, our minds just see a sideways map and we try to tilt our heads or adjust the image in our brains.  However, with some digital applications, we can rotate a map to any direction and see the map labels oriented to that degree.  This makes the text readable but the map itself will look wildly foreign.

Texas oriented to the south: 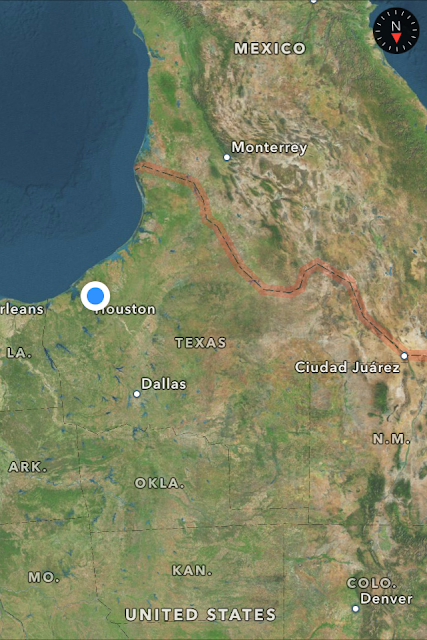 Instead of wearing Oklahoma like a hat, Texas now sits on Oklahoma and uses New Mexico as a footrest while reclining on Louisiana.

Italy oriented to the south: 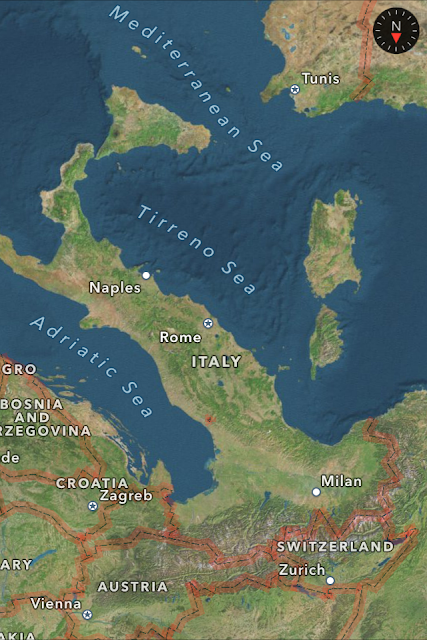 How eccentric does Italy seem?

Traverse City oriented to the south: 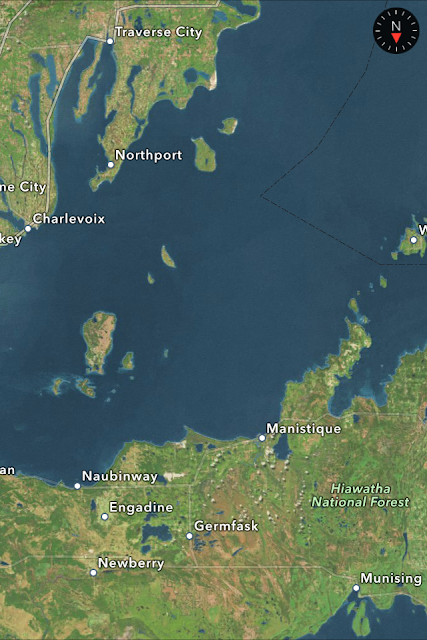 I love how all you have to do is turn Michigan upside down to render the names “Upper Peninsula” and “Lower Peninsula” useless.

Sea of Japan oriented to the south: 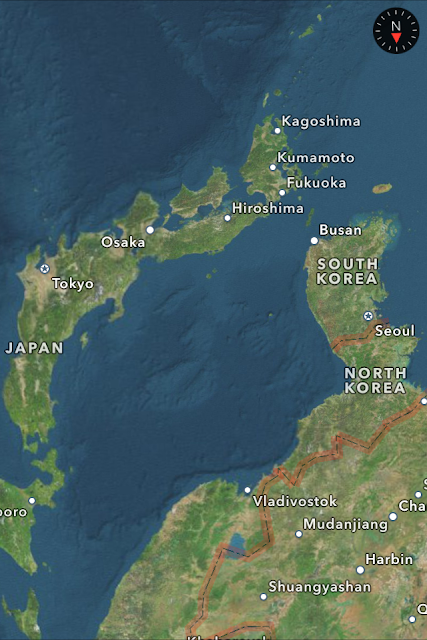 It’s pretty weird to see the word ”South” above the word “North” on the Korean Peninsula.  I'm sure this particular orientation is banned by Dear Leader.

Southern Florida oriented to the south: 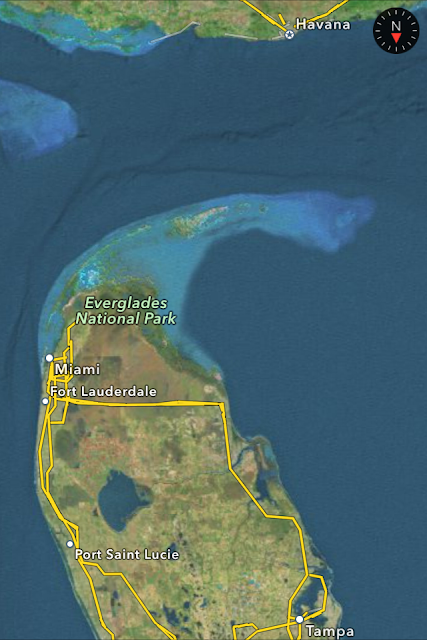 If you use your imagination, you can pretend Cuba here is actually the edge of a large continent.

Lake Erie oriented to the west: 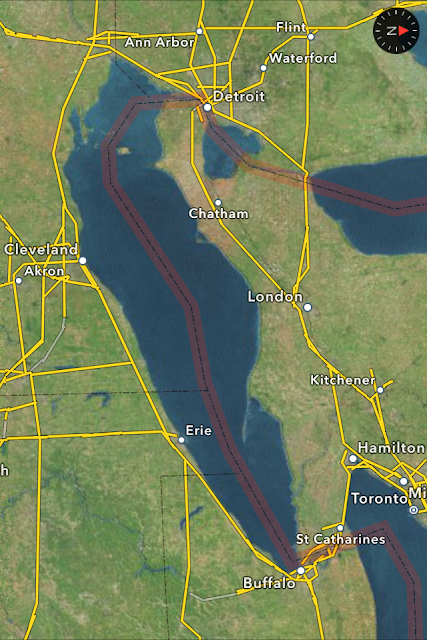 You could sail down the lake from Detroit to Buffalo.

Boston oriented to the east: 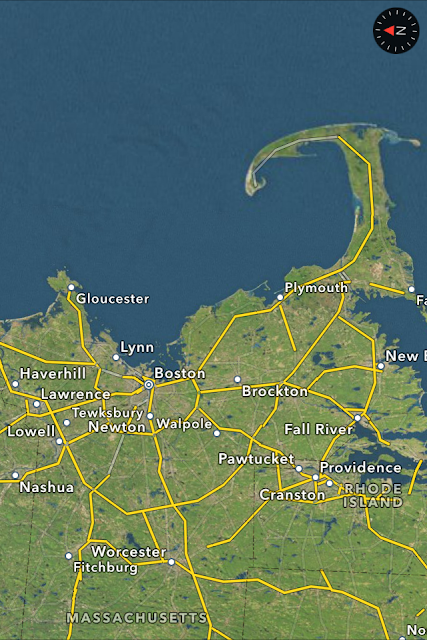 Cape Cod towers over all.

UAE oriented to the east: 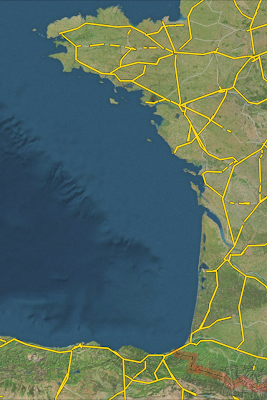 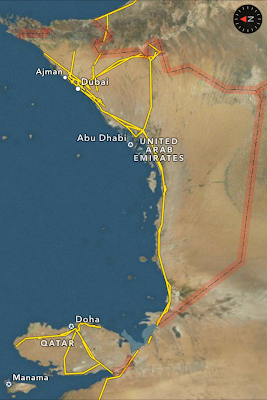 The coast here kind of looks like Western France.

Scandinavia oriented to the southwest: 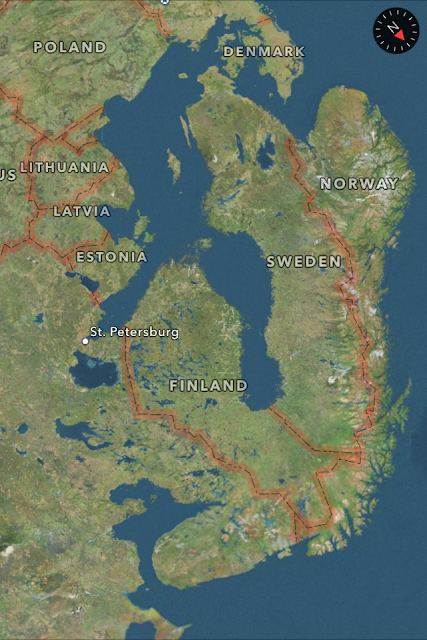 
In full disclosure, this is actually Apple Maps and not Google Earth.
Posted by Unknown at 11:48 PM
Email ThisBlogThis!Share to TwitterShare to FacebookShare to Pinterest
Labels: ~Geography Lesson~