In March 1989 the Brio Industrial site in Friendswood, Texas was listed as a Federal Superfund site, giving Federal authority to come in and clean up hazardous waste that would endanger public health and the environment.
After irresponsible disposal practices of toxic waste, the groundwater became contaminated, resulting in illnesses, elevated miscarriage rates, birth defects, and the deaths of 3 young children. The surrounding neighborhood was quickly cleared out.
During the clean up, a large incinerator was built with the intention of burning the waste, but the San Jacinto South campus Science department was crucial in shutting down the incinerator before it was ever used, as it would endanger the health of people for miles all around.

All the official legal documents for the Brio Superfund site are located in the San Jacinto South campus library across the street, they are open for public viewing. 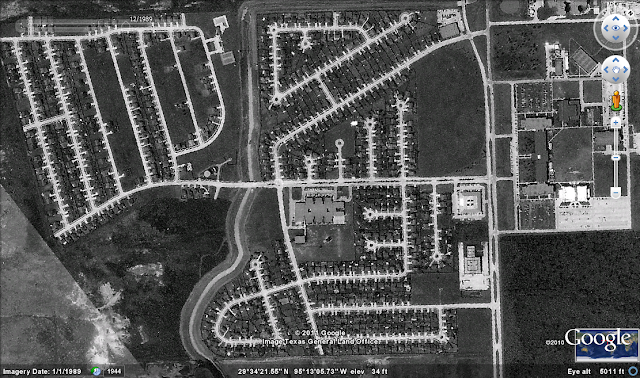 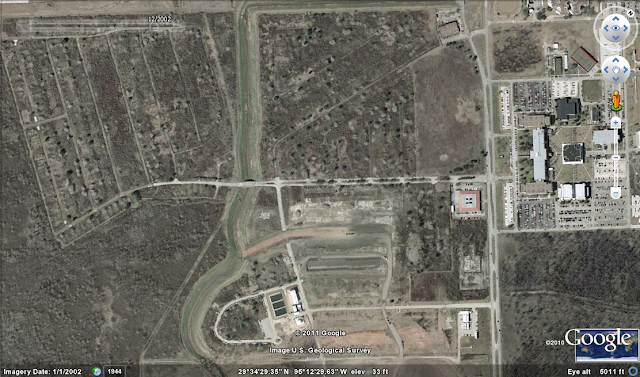 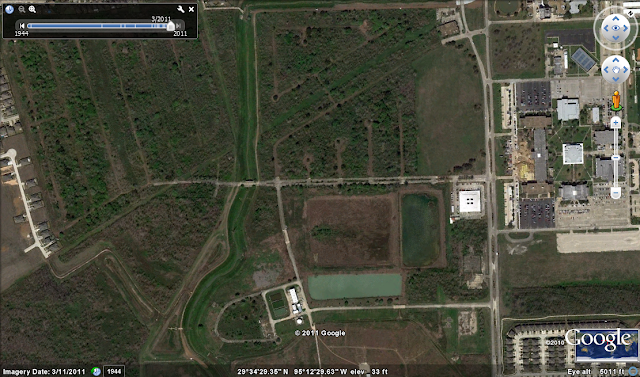 You can find it yourself on Google Earth using these coords:     29°34'30.55"N    95°12'33.52"W
More info:  http://en.wikipedia.org/wiki/Brio_Superfund_site
http://en.wikipedia.org/wiki/Superfund
Check back next week to see the creation of a man-made island.
Posted by Chekt at 1:01 AM
Email ThisBlogThis!Share to TwitterShare to FacebookShare to Pinterest
Labels: *Man-Made Disaster, Location: Texas