On May 29, 2006, a natural gas well being drilled in Sidoarjo, Indonesia seemingly caused a mud volcano to erupt some 600 feet away.  There are a few different hypothesis as to how exactly this happened, including the company blaming the volcano on a distant earthquake, but most outside opinions say that a blow-out during drilling caused a fracture in a confining layer that was holding back the mud. 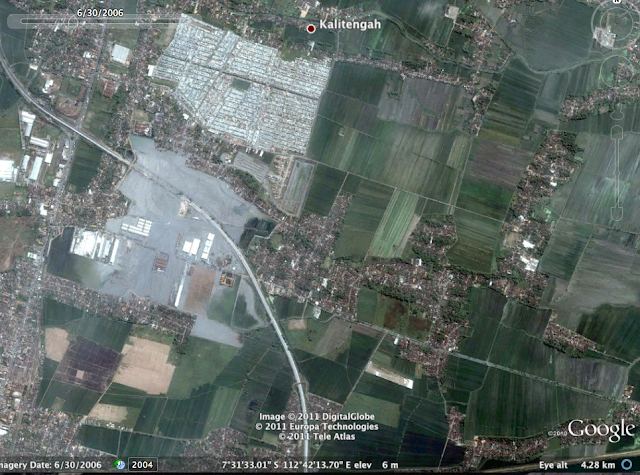 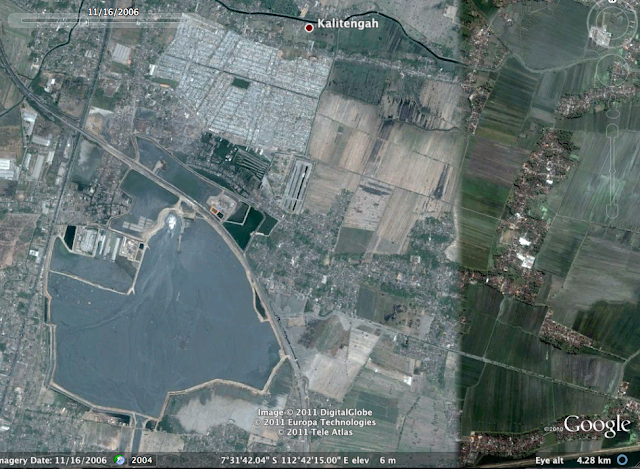 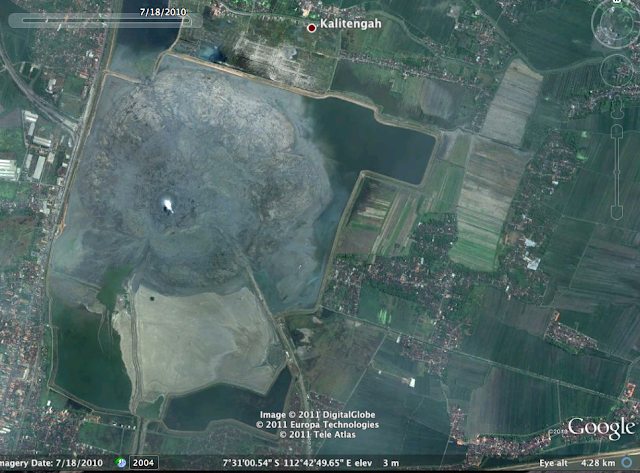 You can find it yourself on Google Earth using these coords:      07°31'34.16"S   112°42'42.61"E
More info:  http://en.wikipedia.org/wiki/Sidoarjo_mud_flow
Some Pictures:  http://www.zimbio.com/pictures/uO-VIreVKhE/Indonesia+Marks+5th+Anniversary+Lusi+Mud+Volcano/jKpAEGWZg8R
Check back next week to see the destruction caused by the costliest disaster in US history.
Posted by Unknown at 1:01 AM
Email ThisBlogThis!Share to TwitterShare to FacebookShare to Pinterest
Labels: *Geology, *Man-Made Disaster, Feature: Mud Volcano, Location: Indonesia