Hurricane Katrina's landfall on New Orleans in 2005, to this day, is still considered the most costly disaster in U.S. history.  The staggering $133,800,000,000 price tag of it's damages is over three times the amount that Hurricane Andrew caused in 1992.  The death toll was roughly 1200 people, with even more deaths due to indirect effects of the hurricane.  The most damaging and deadly aspect of this storm however was the broken levee that inundated the Ninth Ward. 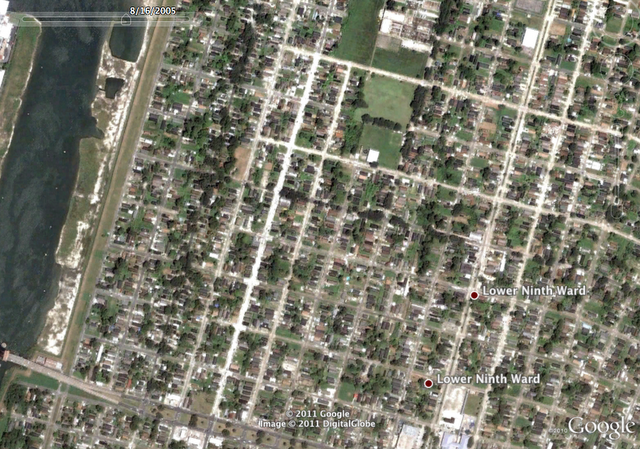 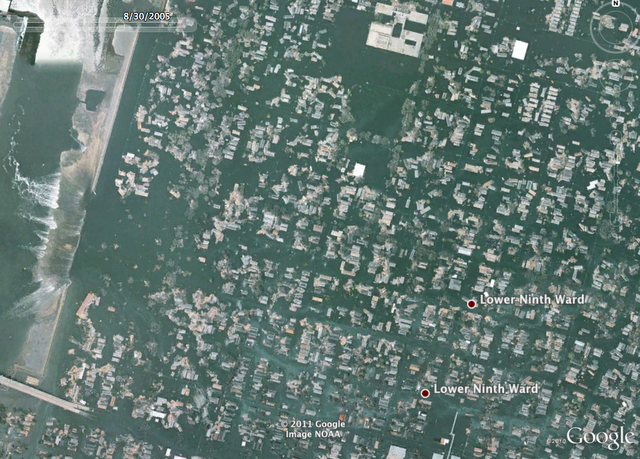 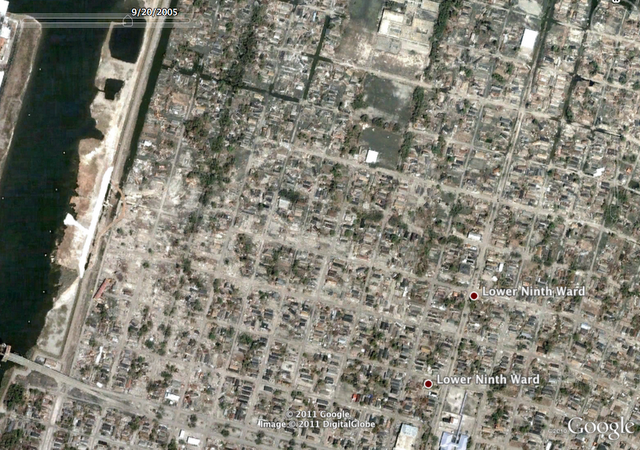 
Check back next week to see a protest caught on satellite image.
Posted by Unknown at 1:01 AM
Email ThisBlogThis!Share to TwitterShare to FacebookShare to Pinterest
Labels: *Natural Disaster, Feature: Hurricane, Location: Louisiana