Man, I've been looking forward to this post for a while.  I wanted to do this back in November but was limited by available imagery.  However,  imagery became available in December so I finally got what I wanted and am proud to present to you:

The before and after of the Bastrop County Complex Wildfire!

So when this fire first broke out,  my attention was caught immediately because Bastrop State Park is one of my favorite parks in Texas.  A bad combination of drought, heat, and extreme winds helped this fire quickly became the most destructive in Texas history.  According to Wikipedia, 1,645 homes were burned across over 34,000 acres and two people were killed.  Just looking at this picture from Wikipedia's page on the event gives an idea of the magnitude of this fire: 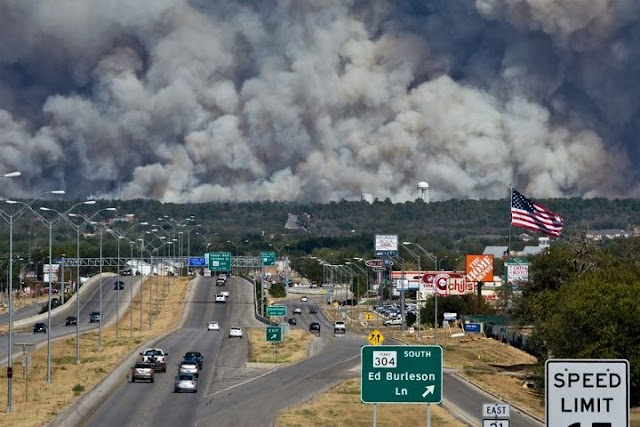 "Oh, hello Mr. Apocalypse. ...So you vacation in Bastrop too?"


I decided to see if those clouds were tall enough to register on the Doppler RADAR and low and behold, I was able to save this gif:

That's a roughly 4-hour span where at least three smoke plumes can be seen southeast of Austin.  Two other fire plumes from other fires can be seen north-northwest of Houston. 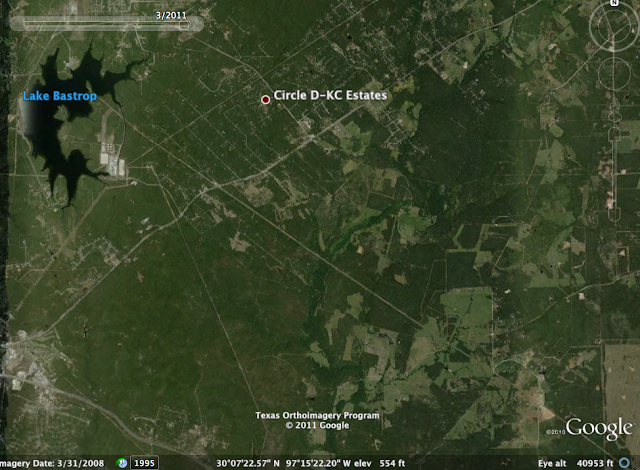 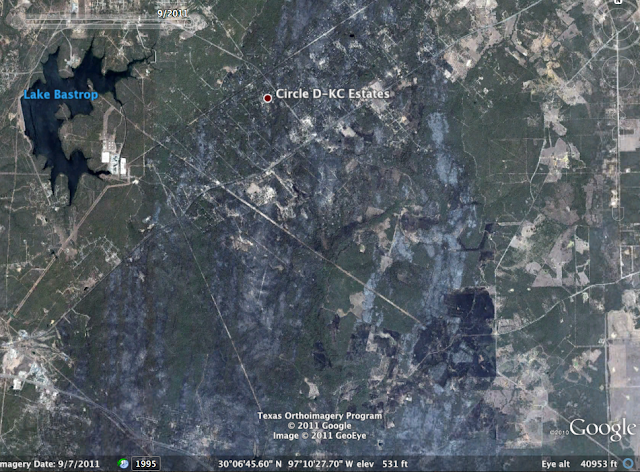 You'll all be happy to know that LUECKE is untouched.

Check back next week to see the effects on a lake during extreme drought.
Posted by Unknown at 1:00 AM
Email ThisBlogThis!Share to TwitterShare to FacebookShare to Pinterest
Labels: *Natural Disaster, Feature: Drought, Feature: Fire, Feature: Forest, Location: Texas