EDIT: I had the wrong dates on the images.  They are now correct.

On February 2nd, 2011, Christchurch, New Zealand was struck by an magnitude 6.3 aftershock from a quake in the October 2010.  Despite the 2010 quake being a magnitude 7.1, the February 2011 aftershock was rated a IX on the Mercalli intensity scale, causing heavy damage and liquefaction across the city.

These images take some scanning, but if you look at the top left of the "before" image, you should see the shadow of the large bell tower on the Christchurch Cathedral.  On the "after" image, notice that the bell tower has collapsed.  If you look at the bottom right, you'll see the CTV building that collapsed during the quake, killing 115 people. 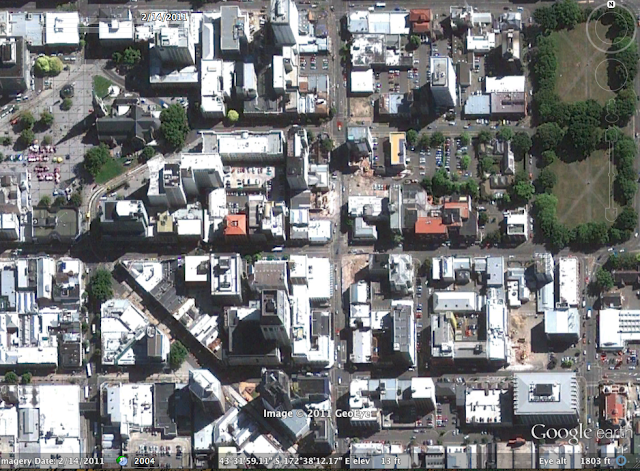 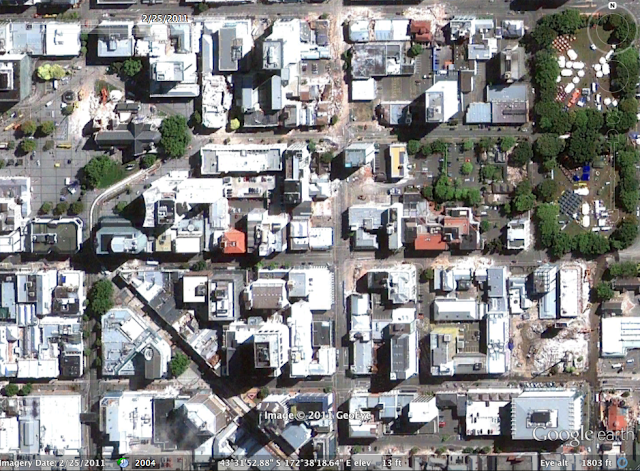 Check back next week to see my blog's first entry on a landslide!
Posted by Unknown at 1:00 AM
Email ThisBlogThis!Share to TwitterShare to FacebookShare to Pinterest
Labels: *Geology, *Natural Disaster, Feature: Earthquake, Location: New Zealand